Áššu base their music on traditional Sami Joik. Finnish Ulla Pirttijärvi joiks of her relatives and her home villages Utsjoki and Angeli. Norwegian Olav Torget and Harald Skullerud from complement the ensemble with string instruments and percussions.

The ensemble draw further inspiration from West African grooves and tradition. They vary their expression from wide atmospheres and quiet moods all they way to more uptempo grooves.

The world music scene has long enjoyed their music especially around African and Arabic tradition. This has influenced the instrument choices and unique sound of the new album Áššu (Embers).

We are very sad that Áššu's percussionist Harald Skullerud passed away December 2020. Ulla Pirttijärvi, Olav Torget, Aija and Jyri Lehtonen enjoyed working with him. He will be deeply missed. Ulla, Olav and Harald had already started to work on material for Áššu's new album but the recording never took place. Now Helge Norbakken has joined Áššu for the album. He is an incredible percussion player that shares Harald interest for West Africa, and will respectfully continue for Harald. The album will be released Autumn 2021. He has played with Mari Boine, Jon Balke (MNO/Batagraf/Siwan), Kari Bremnes, Maria Joao, Karl Seglem, Becaye Aw, Miki N´Doye, Jovan Pavlovic og Anne Wylie.

Ulla Pirttijärvi
Ulla Pirttijärvi is a one of the leading Sámi artists born in the village of Angeli, Finland. She started her career in Angelin Tytöt. She has founded a group Ulla Pirttijärvi & Ulda and she has performed with Frode Fjellheim, Snorre Bjerck, Wimme Saari among others. Ulla and her daughter Hilda Länsman created the band Solju in 2015 and they participated in Finland's Uuden musiikin kilpailu (Finnish selection for the Eurovision Song Contest) with the song "Hold Your Colours". Ulla Pirttijärvi and Hilda Länsman has won The Finnish Music Publishers Association, genre-free category, Vuoden etnotekijä as Songwriters of Solju: Ođđa Áigodat (New Times). Solju has also won Folk Music Creator of the Year -award at Finnish Ethnogala 2019 and The Indigenois Music Awards (IMA) Canada for the Best International Indigenous Release 2019: Solju: Ođđa Áigodat (New Times).

Olav Torget
Olav Torget plays electric and acoustic guitars and Konting (N’Goni), a harplute from Senegal. He has performed with different bands and artists in the Norwegian music scene for years - Kristin Asbjørnsen, Karl Seglem, Geir Lysne, Solo Cissokho, Diom de Kossa, Anita Skorgan, Sjur Miljeteig, Eli Storbekken, Steinar Ofsdal, Ali Farka Toure among others. He has also produced numerous recordings of which several of them has won prices in Norway and internationally. As Norbakken he has also traveled and studied in West Africa.

Helge Norbakken
Helge Norbakken is an innovator on percussion. He is unique in his way of turning the drum set into something else, replacing in the end all of it with traditional instruments and car parts. Inspired by Norwegian and West African traditions he has developed his own language and has given colour to numerous artists and bands' music with his playing - Maria João, Mari Boine, Anne Wylie among others.

Harald Skullerud (9.2.1970 - 19.12.2020) R.I.P.
Harald Skullerud has worked as a performing musician since 1995 and with the emphasis on drums and percussion. He is known for its special expressions within use of drums from different continents and its own dissemination of these instruments. He has travelled the world with lot of artists with this he has also collected a large instrument material. He has studied drumming traditions in West Africa and Arab countries. He has played with Jon Balke, Inga Juuso, Solo Cissokho, Wissam Murad, Mari Boine, Jørun Bøgeberg, Bjørn Klakegg, Anders Røine, Niko Valkeapää, Håkon Høgemo, Nicolay Ivanov, Karl Seglem, Wassim Qassis, Rudl Trio, Steinar Strøm, Friland among others. He has won Folkelarmprisen-award (Åpen class) 2012 in Norway with Juusk (Inga Juuso & Harald Skullerud). 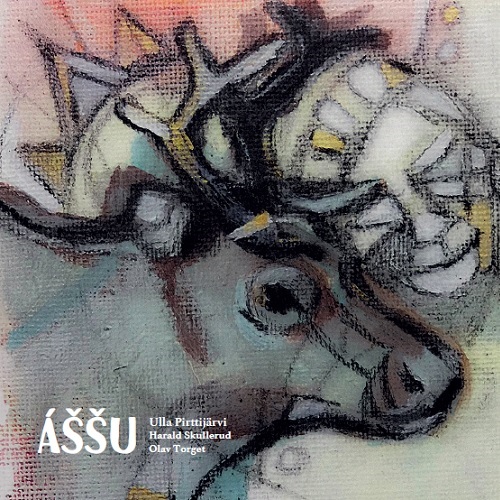 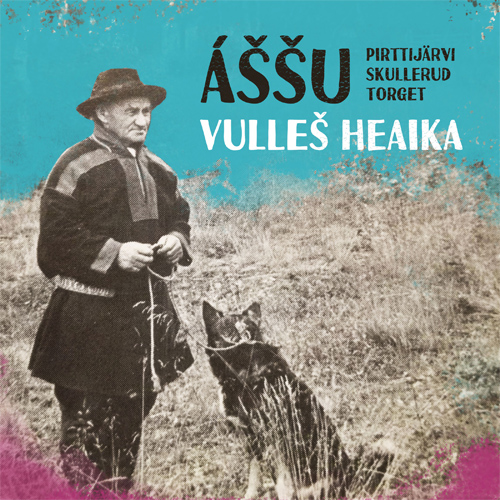 With this album I’ve wanted to present my relatives’ joiks and the joiks of those persons who have had an influence on my life. These joiks are part of my family identity. They are traditional joiks from my home village of Angeli and Utsjoki, where I now live. There are also Sámi villages’ joiks and joiks that are related to the Sámi view of the world. The pieces gives a modern context to the traditional joik, and express and support in a plain and acoustic style the feelings and stories of the joiks.